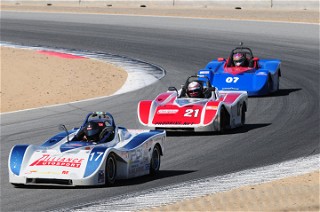 The Sports Car Club of America’s U.S. Majors Tour and Southeastern Conference opens its third full season of competition with a trip to a new venue in Homestead-Miami Speedway for Rounds One and Two of the season. Seven run groups will qualify in for Saturday’s 30-minute timed race in two 20-minute qualifying sessions held on Friday.

For those not at the track, all the action can be followed online via live timing on the Race Monitor app with notes being posted on Twitter @SCCALive. Combined notes and timing can be found at SCCA.com/SCCALive. In addition, streaming of the PA can be heard there.

Find all the information on this event, including a schedule and session results, can be found here.

Back-to-Back in the Sunshine State: For the second consecutive year, Florida plays host to the opening two weekends of U.S. Majors Tour action. The two-stop state tour begins at the Homestead-Miami Speedway and wraps up at historic Sebring International Raceway, in the middle of the state. Say goodbye to Old Man Winter and hello to short-sleeved shirts as temperatures are forecasted to be near 80 degrees.

Spec Miata Leads the Way: Spec Miata racers up and down the East Coast are ready to forget about winter and get the racing season heated up. With 44 entries, the group is the largest single class of cars to hit the track. In addition, Spec Miata will lead both days of competition. In a class that is well known for its competitive fields and close finishes, it will be a great way to commence the 2015 season.

Defending Eastern Conference Champ Alex Bolanos will be in attendance while the likes of Danny Steyn, Todd Buras, Andrew Charbonneau, Nick Leverone and a host of other top-tier drivers will try to stake their claim on this year’s campaign.

Multi-Generational: Both current and Gen3 Spec Racer Fords are scheduled to be on course together throughout this season as the transition to the upgraded car continues. This is the first year the Gen3 cars will be eligible to compete for Majors and Nation-wide points, and in addition to run the National Championship Runoffs.

Fresh off a National Championship win in Formula Enterprise, Scott Rettich looks to start the season off strong in the Southeast. While it is not his home conference, Rettich should prove a worthy competitor as Cliff White, the reigning SRF National Champion, has made the move to the Gen3.