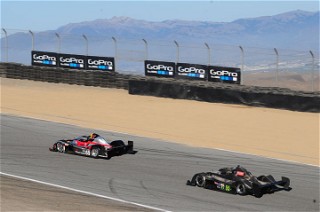 Topeka, Kan. (Dec. 1, 2014) - In June 2012, the formation of two ad-hoc committees to develop the rules for what has become Prototype 1 and Prototype 2 was announced. At that time, the commitment was made for the duration of the committees to last no longer than two years. Now, the time has come to dissolve the P1 and P2 ad-hoc committees. The ongoing rules process is being turned over to the Formula Sport Racing Advisory Committee to include in their normal activities.

The Club Racing Board would like to thank the members of both the ad-hoc committees for their dedication and hard work in bringing the two new classes, P1 and P2, to reality with a successful crowning of their first National Champions at this year’s National Championship Runoffs at Mazda Raceway Laguna Seca.

As always, members interested in participating on the FSRAC should submit a resume through the CRB letter system.