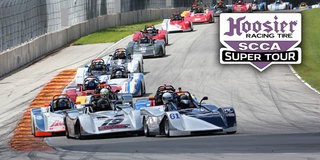 Storylines/Things to Watch:
63 Years and Counting -- The summer of 1956 was the first full season of racing at Road America, and it included the Chicago Region June Sprints. That first running of the June Sprints was part of the SCCA® National Sports Car Championship, a series that determined the SCCA Champions prior to the now-familiar Runoffs®. The June Sprints has been held every year at Road America since 1956, possibly making it the longest consecutively held road race in America. It’s an event every SCCA member or race fan should attend.  But if you can’t be there, follow all the action at www.scca.com/live with live timing/scoring, trackside video cameras and Super Tour Radio presented by Hoosier Racing Tire.

The 300 -- The movie “300” recounts the Battle of Thermopylae -- Sparta vs. the Persian Empire. And while the Sports Car Club of America® holds true to everyone having #funwithcars, make no mistake that the nearly 300 June Sprints entrants will be seeking victory over foes across each of 28 car classes.  Battles to watch include: Super Touring® Lite, Touring 2, E Production, F Production, Prototype 1, GT-1, Spec Racer Ford Gen3 and Spec Miata.

The 200 -- The largest single group participating in the WeatherTech Chicago Region June Sprints Hoosier Super Tour consists of volunteer workers. More than 200 SCCA members have signed up as volunteers. SCCA is a membership organization and, as such, utilizes volunteers to put on events. These people organize, register, score, officiate and work flag stations during race weekends.  No event is possible without the help of selfless volunteers.

No More Brats – “We have no more brats” is a phrase you’ll never hear at Road America. The park-like playground has a multitude of eats at concession spots such as Antoinette’s, St. John the Baptist or the Gear Box. Be it brats, gyro brats, BBQ, hot German potato salad or celebrated ice cream, great grub abounds at Road America. Don’t miss this “Triple-Crown” event. Single-day spectator tickets begin at $25, and anyone 16 years old or younger is admitted free with a paying adult. More ticket information can be found at the WeatherTech Chicago Region SCCA June Sprints webpage. On-track activities begin at 8:10 a.m. Friday, Saturday and Sunday. Follow all the action at www.scca.com/live with live timing/scoring, trackside video cameras and Super Tour Radio presented by Hoosier Racing Tire.